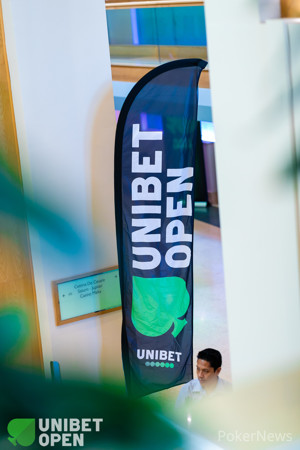 Welcome to coverage of the Unibet Open Paris from Club Circus. This is the second installment of the popular poker series in the French capital after Poland’s Jaroslaw Barglik became the first Unibet Open Paris Main Event winner in 2012. He finished on top of 439 entrants including besting Swedish pro Kent Lundmark heads-up to take down the Main Event for €140,539.

There are four starting flights at this edition of the Unibet Poker Open. Yesterday’s first flights – Main Event Day 1 ‘Paris Edition’ – saw 18 players advancing from a total of 122 entrants.

For Day 1a today, and 1b tomorrow, players will have twelve levels to bag up for Day 2. The structure sees six 45-minute levels and six 60-minute levels.

Day 1c is a turbo edition with a 20-minute clock. Day 2 will be a 60-minute clock throughout, with the plan being to play until just nine players remain. The tournament allows for one reentry but only if their second entry is on Day 1c.

Stay tuned to PokerNews for coverage of the whole event