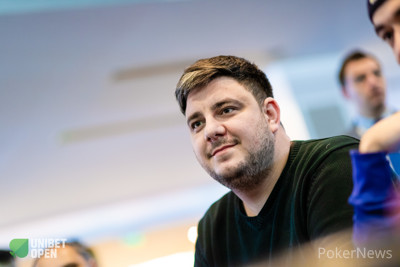 After three tournament days, a field of 366 entries has been whittled down to the last eight in the 2019 Unibet Open Sinaia €1,100 Main Event and six Romanians will face Unibet Poker ambassador Espen Uhlen Jorstad and 2016 Malta champion Martin Soukup to battle for the trophy, bragging rights and €71,000 top prize that comes along with it.

Both Soukup and 2016 Bucharest champion Traian Bostan have the chance to join Dan Murariu and Mateusz Moolhuizen as a two-time champion of the popular mid-stakes poker circuit and Soukup is in prime position as second in chips with 2,085,000. He only trails Cristian Grecu, who will enter the final table with 2,255,000. Bostan sits in the middle of the pack with 1,060,000, good enough for 42 big blinds as 18 minutes remain at blinds of 10,000/25,000 with a 25,000 big bind ante.

The action resumes at 2 p.m. local time at the feature table in the New Montana Hotel and the level duration will be shortened to 45 minutes once six players remain, while the final three will battle at levels of 30 minutes each. The PokerNews team will provide all the action until a champion is crowned according to the live stream with hole cards displayed on a security delay of 30 minutes.