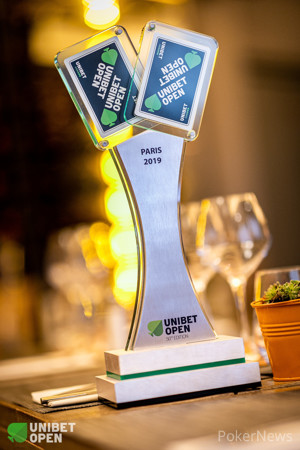 From a field of 480, the return of the Unibet Open to Paris after a seven-year absence is nearing its conclusion, with just nine players set to return to Club Circus for the final day’s play.

Leading the way is Omar Lakhdari who last night manoeuvred expertly through the closing stages, showing the kind of short-handed skills that has seen him accrue over $1.5m in lifetime earnings.

There are just two non-French players among the final nine, with Russian Alexey Dmitriev (720,000) and Italian Giuseppe Zarbo (305,000) coming into the day as the two shortest stacks.

You can keep right up to date with all the action from the final day right here on PokerNews as well as on the official Unibet Open live stream which will be available by clicking the tab above. The live updates will begin at 12:30 pm in line with the stream delay.