Winsor Leads the Final 19 in London

Winsor Leads the Final 19 in London 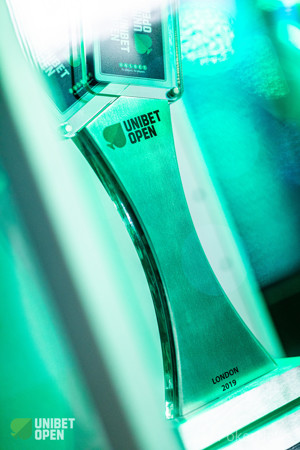 After 10 hours of action at ‘The Vic’ Poker Room, the Unibet Open London £990 Main Event record field of 456 entries has been reduced down to just 19.

Due to the popularity of the event, the decision was made for the play to stop after ten levels rather than continuing on to the scheduled final table of nine.

When the Day 2 action got underway at Noon, there were plenty of Unibet ambassadors in the field looking to make their mark, however, David Lappin’s participation ended sooner than most.

Lappin, who started the action with a 22 big blind stack, departed after just 30 minutes when he ran ten-nine into pocket fours blind-on-blind and was unable to connect with the board.

Hand-for-hand action began with two places from the money, and the tense proceedings lasted almost an hour. Josef Fauszt saw his Main Event dream end with a cruel awakening after his pocket aces were unable to hold against pocket nines.

Both Dost Ghrabie and George Dimuleasa were able to survive in the same round of hands, but when Jan Vandenbogert thought he had found the perfect spot to double, he didn’t have such luck.

Vandenbogert’s three-bet jam with pocket kings was called by Yiqian Song with pocket queens, and a crowd gathered to see the outcome. With many players hoping for a shock to occur, they got precisely what they wished for when a queen appeared in the window of the flop and propelled Song into the lead. There was to be no miracle for Vandenbogert, and he was confirmed as the unfortunate bubble player.

Unibet esports player Craig ‘ONSCREEN’ Shannon had been happily building a stack before his luck changed in an instance. ‘ONSCRREN’ as he is known to his Twitch following, progressed to Day 2 after he hit a miracle runner-runner house to survive and was not letting his lifeline go to waste. But a top pair versus flush defeat against Charlotte Van Brabander paved the way for his demise and ultimately hit the rail in 35th place.

When the final three tables of eight were set, Van Brabander then found herself on the end of a cooler, after she ran ace-queen into pocket aces on an ace-high flop. Van Brabander’s three-bet all in was snap-called by Daniel James, and the Belgian Unibet ambassador collected 23rd place.

That’s all for now, but join us back here at PokerNews for continued coverage from the Main Event from Noon on Sunday, May 26 as a winner is crowned in London.