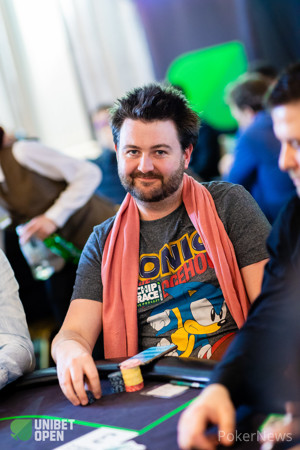 The inevitable clash for the Unibet sponsored players over on the feature table and David Lappin ended up jamming at the wrong time.

"Sometimes he opens seven four, and sometimes he has aces," Lappin joked on his way out of the tournament area.

Next Batch of Casualties