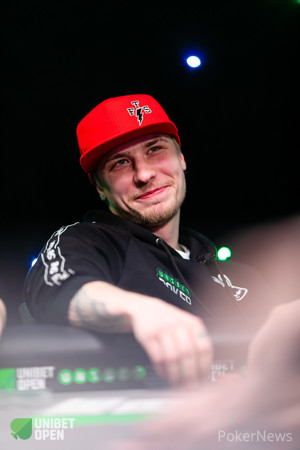 Anssi "AndyPyro" Huovinen has been spotted among the recent casualties and the esports streamer from Finland was unfortunate enough to run jacks into queens when a jack and a queen appeared on the flop.

Also no longer in contention for Day 1b is early big stack Hitesh Chandarana, who sent his chips over to Ciprian Voican. Both players had flopped a pair of tens in a three-bet pot, but Voican rivered two pair with :::Qx{10x} versus :::Kx{10x} to deal the final blow according to Ran Shahar.

Day 1 is Complete For the 2020 Unibet Open Dublin Main Event, Max Silver Among the Chip Leaders Heading to Day 2