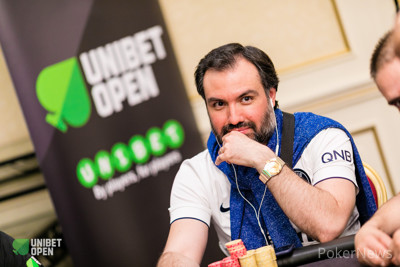 The action folded back around to Vahdat who four-bet jammed for about 700,000 and Vinokurov quickly called.

After the hand, Vinokurov extended his chip leading stack to 5,000,000.