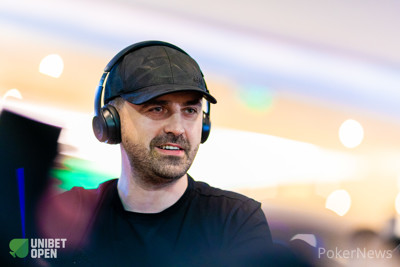 Baltateanu celebrated his victory loudly, having nearly doubled his stack, and continued to talk loudly in Romanian for nearby tables to hear while raking in the pot.