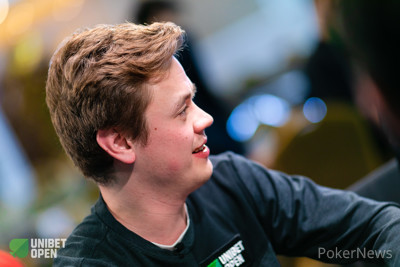 Stefan Drusca leads the former feature table with 235,000 in chips and he is closely followed by Johan Creutz. Andrey "Reynad" Yanyuk had a decent stack there not long ago, but is no longer featured.

According to Creutz, it was a three-way all in with pocket jacks for Yanyuk, pocket fives for Levente Pal and the ace-queen of the Swede. Creutz improved to top two pair with an ace and a queen appearing, sending the esports streamer to the rail.