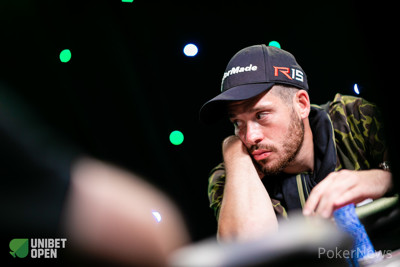 The turn fell the :::6s, and Winsor checked again before calling a 1.1m bet from James.

With 4.2m in the pot, Winsor checked for the third and final time on the :::5d river and saw James move all in for 6.2m.

Winsor was sat with 3.3m behind and went deep into the tank with second pair.

But after two minutes Winsor made the massive call and saw the bad news that James had top pair.

James was confirmed as the winner and Winsor departed as runner-up for £48,600.