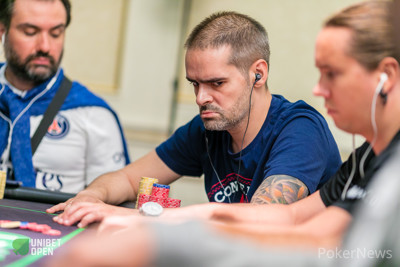 Anton Vinokurov raised to 110,000 from early position and Florin Elisei called. Lucian Bera moved all in and Vinokurov folded. Elisei called and they opened up their hands.

The board ran out :::6s:::9d:::Kc:::4c:::7c and it was all over for Bera who got eliminated from the Main Event in 11th place, missing out on the final table. That also means that we’re on the final table bubble right now.

The break has been pushed forward to until we get to the final table.