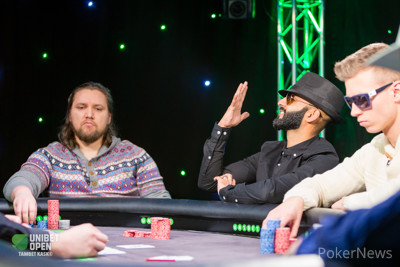 The 32-year old, who runs his own tennis academy in Harrow, couldn’t get much going at this year’s final table. Khatri had to wait out the super short stacks and dwindled down himself in the process.

The academy owner added £17,720 and another Unibet Open final table to his poker resumé.