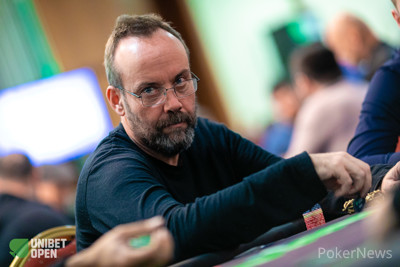 Andy Black quickly doubled his stack after entering in level two, however, he has been eliminated prior to the dinner break and two big stacks have emerged over on table four. One of them is Markus Heikkila, and he was kind enough to provide the details, as it was him that sent Black to the rail.

According to Heikkila, he held pocket jacks and Black flopped top pair with :::Qx{10x} on ten-high when the chips went in. There was no help on turn and river, and Black vanished. David Vanderheyden has also been eliminated on a different table.