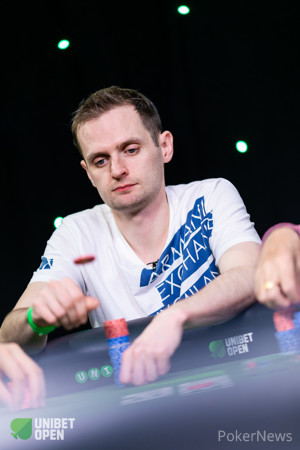 The door card was the :::Js followed by the :::9d:::9c and Kron suddenly only had the case queen to fear. There was no miracle as the :::3c turn and :::4s river reduced the field from four to two, vaulting Kron into the lead and prime position to become the next Unibet Open Main Event champion.

Kron and Paul Jux Holderness will now take a 10-minute break before commencing their heads-up duel for the title.

One for Each at the Start of Heads Up