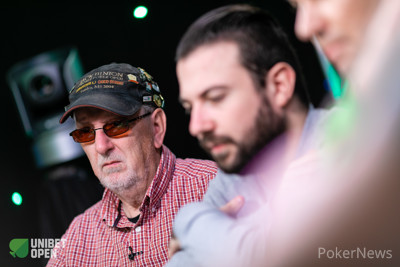 First to act, Mick McCloskey moved all in for 840,000 and Keith Brennan in the big blind gave it some thought before making the call for a big portion of his stack.