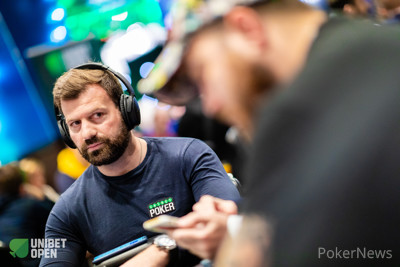 The Unibet Open London £990 Main Event action continues in Season 12 as the historic ‘The Vic’ poker room once again plays the host to the final starting flights. 2019 will be the eighth edition of The Unibet Open London, and the fourth event in England’s capital in as many years.

Today at 11 am GMT, Day 1B will get underway, and is likely to feature some familiar names as well as some new ones to the poker world.

They will all be looking to follow in the footsteps on Unibet ambassadors Alexandre Reard, Charlotte Van Brabander, Monica Vaka and David Lappin who were among the 37 to progress from yesterday’s Day 1A field, with Reard claiming the massive chip lead.

Also on the schedule, today is the final starting flight, Day 1C Turbo, which gets underway at 8 pm and features reduced 20-minute blinds. Any player is welcome to participate including those who exited from the Day 1A or Day 1B fields.

A live stream of the Day 1B action will begin at approximately 1:30 pm on the Unibet Facebook, Twitch and YouTube channels.

In the Main Event, a total of 11 60 minute levels will be played, and all participants receive 30,000 in chips. There will be a break every two levels, with a 60-minute dinner break after the end of level six. The registration for the Freezeout tournament will remain open until the start of level seven and action is scheduled to conclude around midnight local time.

Follow along right here on PokerNews as the live reporting team will provide all the action until a winner is crowned on Sunday, May 25, 2019.