Demircan Had One Foot Out the Door

Demircan Had One Foot Out the Door 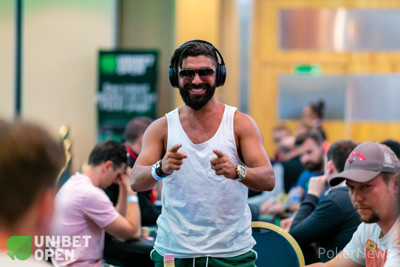 Henri Jantunen opened to 35,000 and Serdar Demircan shipped all in for 110,000 just a couple of seats over. The action folded back to Jantunen who quickly called.

Demircan packed up his things and not a word was said until the dealer noticed that Jantunen’s pair of threes was counterfeit by the double-pair on the board. Demircan sat back down as he was still alive, albeit as one of the shortest stacks still.

Bjornli Gets Short and Busted