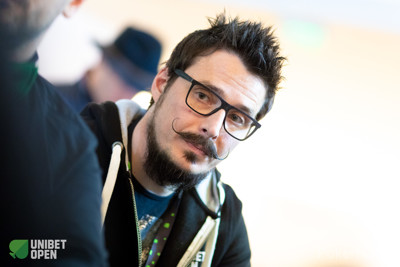 Down to the last 31,500, Kenneth Kull moved all in first to act and the action folded all the way around to Stefan Drusca in the big blind. He double-checked his cards and called instantly.

Kull was not optimistic at all, as he already stood up from his chair after the :::Qh:::9d:::7c flop. The :::3h turn and :::8h river indeed provided no help whatsoever and Kull headed out of the tournament area.