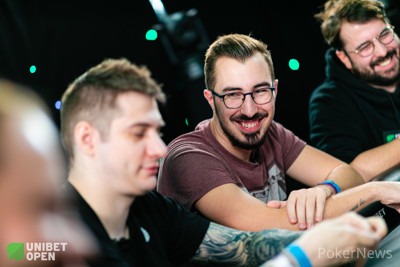 Yesterday saw a group of nine influencers and esports stars compete in the 15th edition of the Battle Royale, vying for a share of a €10,000 prize pool. In the end it was professional Counter-Strike: Global Offensive player Fabien "kioShiMa" Fiey who walked away with the top prize of €4,700.

French Starcraft player and caster Alexandre “FunKa” Verrier was able to pocket €600 thanks to a four-handed deal.

The others who competed were Charles “NOI” Lapassat, Yoan “ToD” Merlo, Anastasiya “monkeyism” Bila, Kevin “RotterdaM” van der Kooi and Vitalii “V1lat” Volochai. They will all be taking part in the Main Event today, and we will be keeping an eye out for them when they jump into the field.