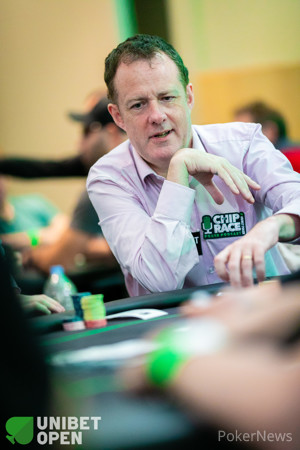 Dara O’Kearney has started positively, albeit slowly, to the Unibet Open Paris Main Event, chipping up by just 400 chips over the opening three levels.

"It was incredible," said O’Kearney. "They took you in the away dressing room the route the players come in. Then out onto the pitch, well, obviously not on the pitch.

"I actually went to a concert there back in 1996 but this tour was pretty cool."

Having lived in Paris during the 90s, O’Kearney says that Paris as a city hasn’t really changed.

"I really love the city. It’s exactly the same as it was. Streets and everything are the same. In Dublin there are areas of the city and streets that have been torn down and remodelled, but in Paris nothing has changed."

Big Stacks at the Break