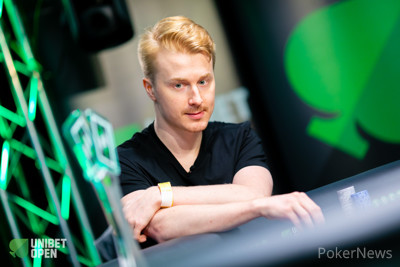 Henri Piironen raised to 225,000 and Daniel Jacobsen defended. Both players found something to work with on the :::Qc:::8c:::7d flop.

In what was by far the biggest pot of the tournament, Piironen needed to hit one of the nine clubs left in the deck, but neither the :::4h on the turn nor :::Kd on the river was what he needed.

Henri Piironen’s bid at the Unibet Open title ended in second place and the Finn received €37,160 for his accomplishment.