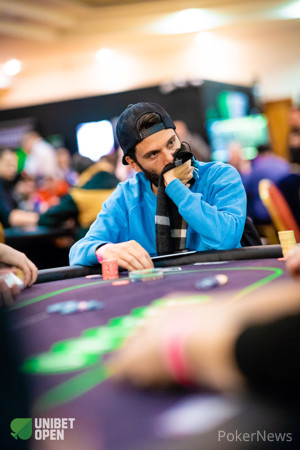 First to act, Periklis Charmpilas moved all in for the last 27,000 and Phillip Huxley moved all in over the top from two seats over, which forced all other players out of the hand.

The :::6h:::5s:::3s flop was as good as it could get for the Greek, who got the check mark with the :::2s turn, making the {10d} river a formality. Fellow countryman Konstantinos Souliotis is doing even better and sits at almost two times the average.