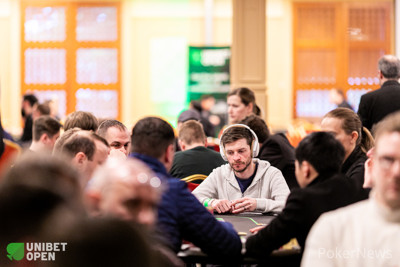 It folded to Steven Vollers in the small blind and he shoved his stack of about 500,000. That covered Jason Tompkins in the big, and he hit the tank for several minutes before finally putting in the call.