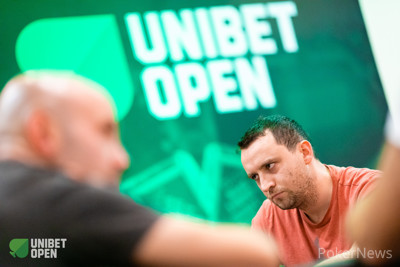 In the last few hours, Greg King was indeed the king at his table even though his stack went up and down quite a bit. However, he was always well above the average, which has now changed in dramatic fashion.

Keown was ahead with his pair of aces, but had a lot of outs to dodge. He successfully did with the :::4s river and soared towards the top of the leader board.