Lappin Gets a Shove Through

Lappin Gets a Shove Through 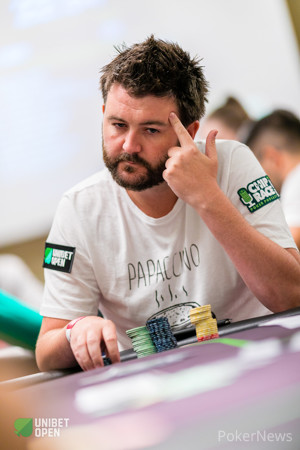 David Lappin opened from middle position to 26,000 and Kirilov Krasimir called from the button. The players in the blinds folded and they went heads-up to the flop.

The flop came down :::9c:::7h:::Th and Lappin check-called a bet of 30,000 from Krasimir. The turn was the :::Kc and Lappin checked again. Krasimir was very quick with the bet as he put another 30,000 in the middle. Lappin called the bet again and the :::Qc river card completed the board.

Lappin didn’t check this time. He counted out his stack, thought about it, and then moved all in. Krasimir has been very quick with his action and this time he folded in very quick fashion. Krasimir did show :::9s:::9h as he sent his cards to the muck.

Solyom Wins a Flip Against Rinkevicius

Sinclair Eliminated From the Main Event