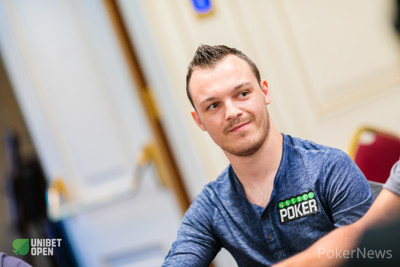 He is already up to 60,000, despite giving up a small pot. He raised preflop to 1,400 from the under the gun position and Caplescu Gheorghe called from the button and Gunnleiv Berge Fossaskaret from the big blind.

No Calls for Callens