Lepik Has Almost Everything!

Lepik Has Almost Everything! 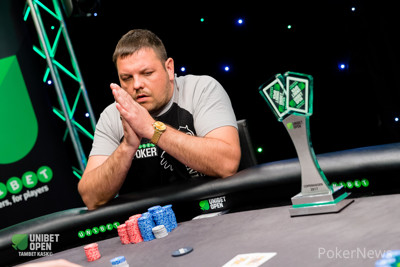 Wow! What a comeback by Kaarel Lepik!

To make things worse for the Faroese, the :::7h appeared on the river to give him trips. He checked, Lepik moved all in for 4,500,000 and Carlsson called!

Carlsson, who held the chip lead throughout the entirety of the heads-up, was suddenly down to just four big blinds after the hand.

Carlsson Nearly Has It