Moolhuizen Out on a Bluff

Moolhuizen Out on a Bluff 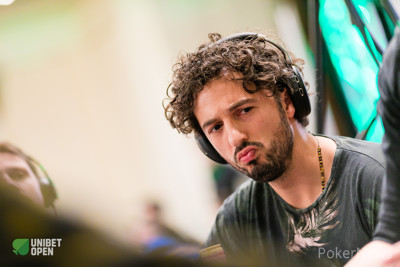 The :::3s completed the board on the river and Zainescu checked again. Moolhuizen jammed his remaining stack of 90,000 and Zainescu tanked for a few minutes.

She eventually made the call and Moolhuizen sheepishly showed he had :::jc:::tc. Meanwhile, a second later Zainescu turned over :::Ah:::5s and screamed in delight when her ace-high hero call was good.

"Good for her," Moolhuizen said with a smile as he headed to collect the 35th place prize of €3,480.