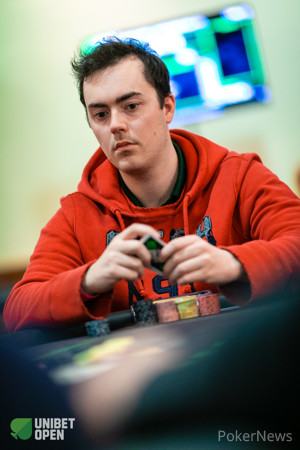 Christopher Nash had a lucky chop when he was all in with :::Ah:::Jh against the :::As:::Kd of David Lappin, as a seven-high straight appeared on the board.

The table broke right after and Lappin arrived to see Tomas Montrimas double through Peter Cahill in a flip, prevailing with pocket nines. Not long ago, Motrimas was in need of a miracle and at risk for 13,000. However, he has now jumped to almost 30 big blinds.