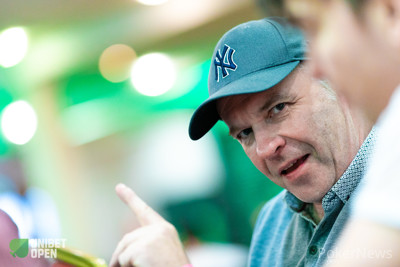 Elias Vaaraniemi took a hit when Ricardo Klassen doubled through the Finn, while fellow big stack Per Helge Gassand sent John Keown to the rail.

Gassand opened on the button and called the shove of Keown in the big blind for 102,000 total.

The :::Ks:::Kc{10d} flop left Keown with just running aces as outs, and he was drawing dead on the :::6s turn. A meaningless :::4h fell on the river and Keown was eliminated in 42nd place.