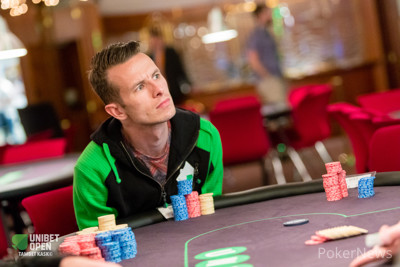 Sigurd Carlsson open-shoved the small blind. With a stack of 1,100,000, Peter Harkes called the all-in from the big blind.

Carlsson took a huge lead on the :::Ts:::4s:::Ah flop, which reduced Harkes’ chances to two outs. The :::Kd on the turn and :::Td on the river completed the board and Harkes was eliminated.

The 2011 Unibet Open Riga champion just missed out on his second victory but added another big score to his already impressive poker resumé.