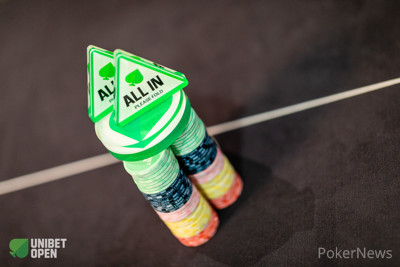 There hasn’t been any crazy action in the first two levels just yet, but the second all in showdown just took place over on table three. Joris Hermans had reraised to 1,500 and Daniel Pettersen then clicked it up to 3,500. Hermans moved all in and Pettersen snap-called.

Petterssen had little to fear as he immediately spiked top set on the :::Kd:::7c:::2c flop, and he locked up the double with the {10d} turn to make the :::3h river a formality. Petterssen doubled for 19,575 and Hermans’ stack was cut down to one third of what he started with.

First Break on Day 1b