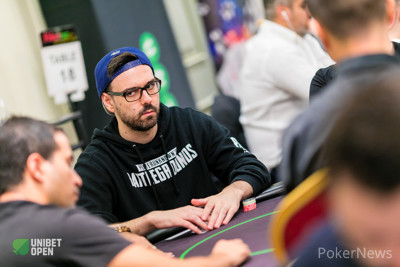 Keiron Prescott, better known as "Scoom" raised from early position to 2,200. It folded all the way around to Stefanita Fechete in the big blind. Fechete moved all in for about 24,000 and he had Prescott covered by a small margin. Prescott called.

The board ran out :::6d:::8c:::7s:::5s:::Js and that meant that we lost another Unibet Poker Esports player from the tournament.