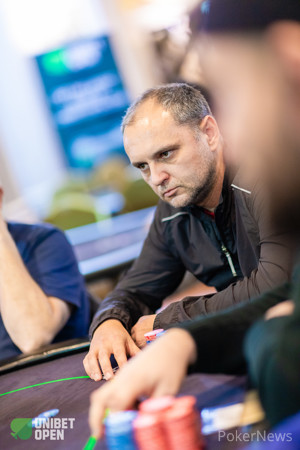 Stefan Drusca opened to 50,000 and Oerjahn Winther called on the button. Razvan Sabau, who had lost more than half of his stack since coming back from the dinner break, jammed the small blind for 555,000 and that sent Sabau deep into the think tank. He eventually called and Winther folded.

The move of Sabau came at the wrong time and the :::As:::6c:::5s flop left him with running outs only. The {10d} turn left him drawing dead, which made the :::2s river a formality.

"I would have called if he folded," Winther said in table chat.