Ropert Cannot Get Winther to Fold

Ropert Cannot Get Winther to Fold 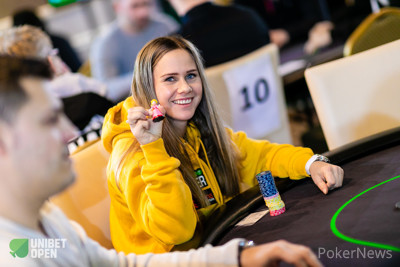 In the last hand before their table broke, Corentin Ropert and Oerjahn Winther clashed in a three-way pot. Winther had opened first to act to 900 and Ropert called in the small blind, as did the big blind. Ropert check-raised the :::Ah:::5h:::3c flop from 1,200 to 4,000 and Winther came along.

The :::4s turn brought a bet of 5,000 by the Frenchman and Winther called once more before Ropert bet the :::2h river for 16,000. Winther called after plenty of consideration and was shown the :::5c:::4c by Ropert, who had turned two pair and played the straight on the board eventually. Winther showed {10c}{10s} and they chopped it up.

Winther was moved to another table and took the seat that formerly belonged to Unibet Poker ambassador Monica Vaka. Down to very few chips on the dinner break, Vaka had stuck around for a while but didn’t make it into level six.