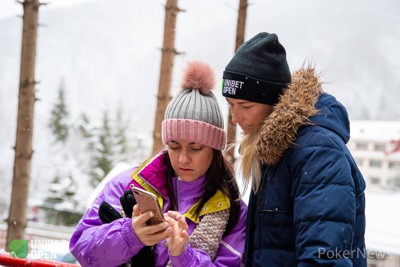 Another three players have been eliminated including Andrei Nodea and Pablo Sanz Quiles. The latter bluffed off a big chunk very early on to Martin Wendt and several other players on his former table have already chipped up.