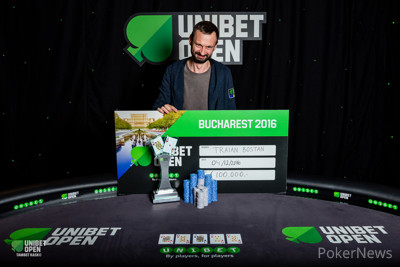 Marius Pertea and Traian Bostan secured back-to-back titles for Romanian on home soil when taking down the Unibet Open Bucharest Main Events in consecutive years. Pertea just sat down and Bostan has already been in action for some time over on table one right next to Ian Simpson.