Simpson Busts on the Feature Table

Simpson Busts on the Feature Table 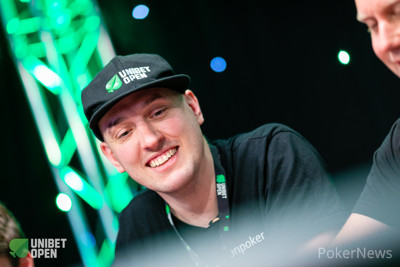 After the :::Kc river, Pora checked and Simpson bet 3,500 with around 26,000 behind. Pora check-shoved for 29,300 and both players held near identical stacks. Simpson engaged in table chat with his opponent for more than two minutes and eventually flicked in the call to get shown the bad news. The stacks were counted and the Unibet Poker ambassador was covered to bow out. He will have to re-enter on Day 1c later today to get a second chance at running up a stack for day 2.