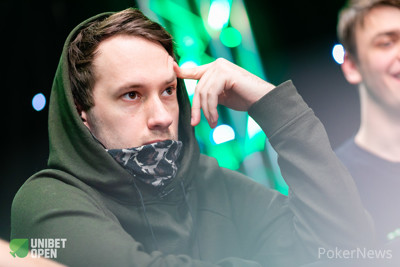 Sven "Svennoss" Edelenbosch had returned from dinner with a shorter stack, which also applied for Katie Swift, and they shared the same fate to run out of chips in quick succession.

Edelenbosch faced a raise to 900 by Mihail Rablou and a call by Laurentiu Avram, then jammed for the last 8,200. Rablou asked for a count and called, trying to get Avram also into the mix, but a quick fold followed.