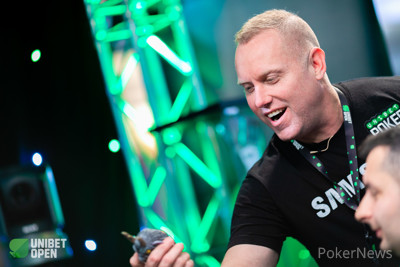 On the :::Jc turn, Grecu check-raised all in after nervously shifting in his seat and hiding part of his face with the hoodie several times. Pyle, who had bet 25,000, called all in for 109,500 in total with his top pair and gutshot. The river was the blank :::Ad and that spelled the end for "Swifty".

Grecu also overtook Evangelos Bechrakis in the counts on the feature table as well.