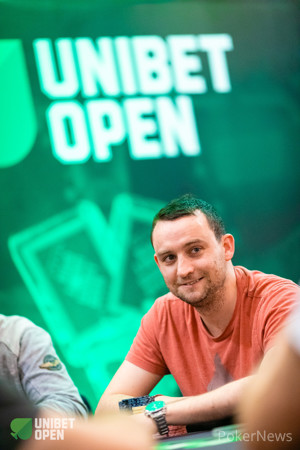 Patrick Clarke won two bigger pots to essentially double his stack and Elias Vaaraniemi skyrocketed to more than half a million in chips, dominating the field early on.

Greg King made the headlines for most of Day 1b before plummeting to an average stack, and he has just been eliminated by Pierre de Montesquiou. King jammed a :::9h:::6c:::5h flop with :::Jh{10h} and the Frenchman called with :::9c:::6h for top and bottom pair. The :::8d turn was an additional sweat, but the :::2d river blanked.

Stokes From Short Stack to Hero