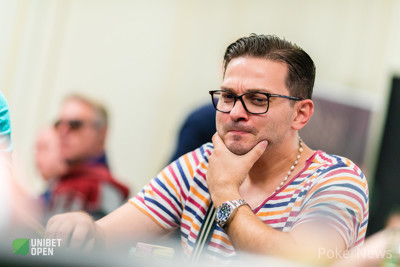 The river was the :::6d and Vaseli held on to the best hand, scooping himself a pot worth about 150,000. English was left with only 13,000 after the hand, which is about 10 big blinds in the current level.