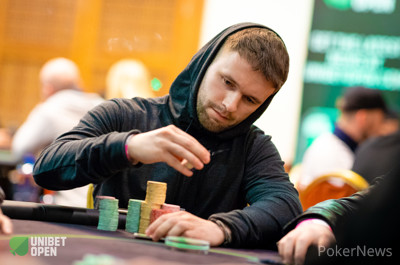 The turn showed :::Jh{10s}:::4c:::Jc and Luke Walsh bet 5,800 from the under-the-gun position, which Declan McNamara called in the cutoff with some 14,000 behind. Walsh quickly shoved the :::4h on the river and McNamara gave it 15 seconds before splashing in his remaining chips.

"Nice hand, I would not have gotten you out of the hand anyways how the board was," McNamara shrugged and Walsh nodded.

Walsh, who already had a decent stack before those two hands, essentially doubled that to rise to the top of the leader board.

More Casualties of the Current 1b Field