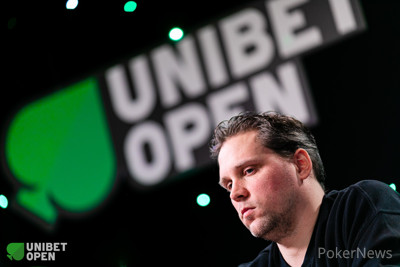 Alex Hendriks opened from middle position with a raise to 55,000 and he was called by Wim Wesselink in the small blind, and WeiJie Zheng in the big. The flop came :::3s:::3d:::6h and Wesselink check called a bet from Hendriks, while Zheng got out of the way.