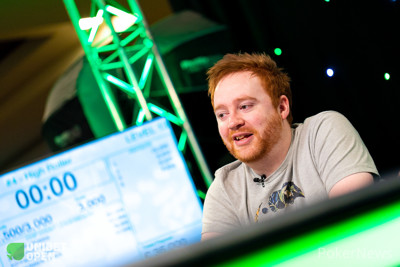 Jamie Nixon opened under the gun to 40,000, and Niall Farrell shoved from his big blind. Nixon called off quickly and it was a race situation with Farrell holding sixes against the big slick of Nixon.