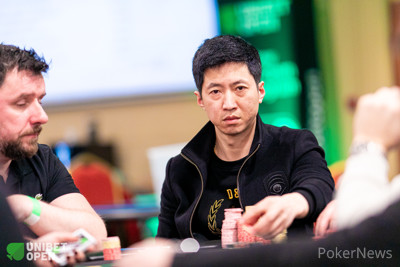 All the chips went in on an ace-nine-blank flop, with Weijie Zheng flopping the worst set with pocket nines against the top set of Tompkins with aces. The turn card was the case nine though, improving Zheng to quads. Tompkins was unable to find the final ace in the deck on the flop and he was forced to double Zheng up.

Burke Rivers it Against Hardcastle