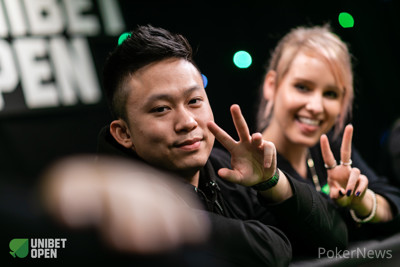 The first of the esports gamers has been eliminated on Day 1b and that happened to be Kelvin “Snutz” Nguyen – Kelvin Nguyen, who walked out of the tournament area.

"It was against Ian (Simpson)," Nguyen said on his way out and a look at his former table indeed confirmed a bigger stack for the Unibet Poker ambassador, who provided the necessary details.

Simpson tabled the :::Qd:::Qh and faded the flush draw and back door full house, as a king and a blank came on turn and river.

More for Lappin and Simpson