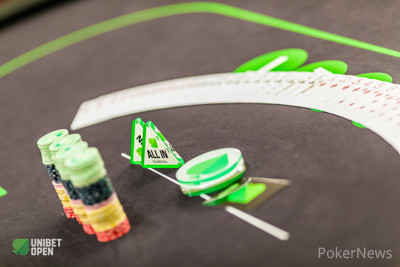 A new and exciting promotions dubbed the Battle of the Champions was announced during the first Unibet Open in London this year. The buzz around the promotion was instantly huge when announced and continues to grow as the year progresses.

Events Coordinator for Unibet Kasia Scanlon was instrumental in bringing the Battle of Champions to life as a way to reward Unibet’s live and online players under one umbrella.

"We wanted to create something for players to bring together our most successful online and live players of the year," Scanlon shared with PokerNews.

The Battle of the Champions will take place at the end of the year and feature four online players and five live player battling it out for a prize package valued at €10,000 including two Unibet Open packages, 10 Supernova tickets, two UK Tour packages, and two Cash Game Festival packages. The winning player will also hold the honor of becoming the Unibet Player of the Year.

The other eight players will each win 25,000 bonus points in their Unibet Poker account valued at €250.

Four players at the Battle of Champions will earn their seats via the Live Events leaderboard. Players in the Unibet Open Bucharest Main Event earned points just by playing. Those that cashed earned even more points depending on what place they finished in the tournament.

The final spot will be awarded to the year-long Unibet Deepstack Open leaderboard.