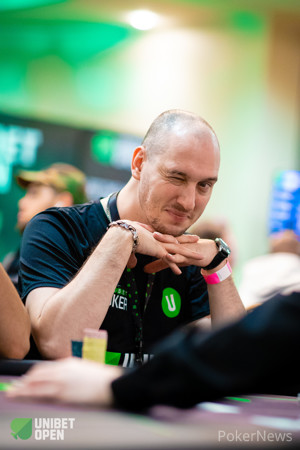 The clock was eventually called on Glaser, who sent his cards into the muck.

Ian Simpson had started the day fourth in chips, but nothing went his way. Sean Foley confirmed that he won the final hand against Simpson in a flip, it was a battle button versus small blind and Foley four-bet with ace-king suited to best the pocket jacks of Simpson.