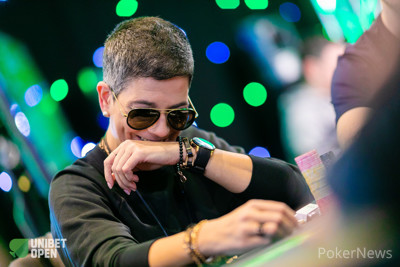 Carmen Zainescu chipped up with top set and soon after got even more action on the feature table.

Zainescu showed her aces and dragged in another pot.